If you’re on the market for an ultra-durable roto molded cooler, Orcas and Tundras are both great choices. In the third part of our “Orca Cooler Sizes vs Yeti Cooler Sizes Series,” we’ll review the 75 Quart Orca vs Yeti Tundra 75 Cooler Comparison.

At Chuggie, our mission is to give you all the information you need to make an informed decision. Because of that, our cooler reviews include important aspects such as: 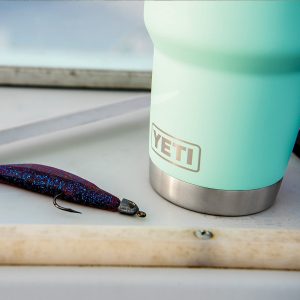 Of course, true capacity varies among different brands of high end ice chests. Another key point is that Yeti doesn’t use numbers to claim capacity. Instead, the numbers represent the “Series Number.”

But the 75 qt Orca and the Yeti Tundra 75 Series are actually close in capacity – the Orca holds 75 quarts and the Yeti holds 79 quarts.

Actual Capacity, Weight, and Dimensions of the Yeti Tundra 75

True Capacity, Weight, and Dimensions of the Orca 75 Qt 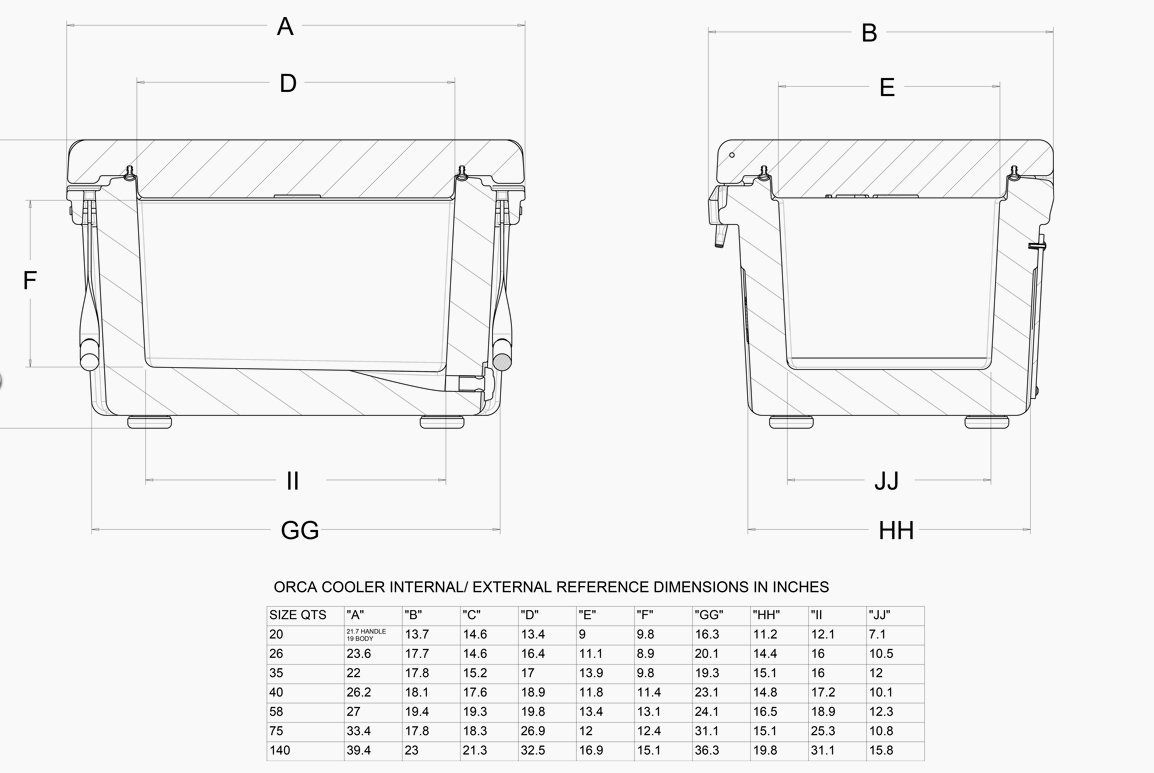 As you can see, the 75 qt Orca Cooler is six pounds heavier, yet holds 4 quarts less than the Yeti Tundra 75 Cooler. This is probably a result of Orca’s thicker insulation.

Both of these rugged molded coolers have fantastic construction. But in the 75 Quart Orca vs Yeti Tundra 75 standoff, how do they compare? First, we’ll look at Yeti’s construction.

3 Differences in Construction to Be Aware Of

As you can see, both of these mighty beasts are constructed in similar ways, with just a few slight differences. The differences include:

As the video demonstrates, the Yeti Tundra 75 Cooler will handle anything life throws at it! Now, to see how it compares to the Orca 75 Quart Cooler.

#1. The plastic that makes up their body and lid, which is called “polyethylene,” is their secret weapon.

#2. Also, the riveted pin system keeps their hinges right where they belong.

#3. Finally, rotomolded coolers are among the strongest in the world. For detailed information about the various types of plastic, go here.

#4. Another similarity is that they’re both Certified Grizzly Bear proof.

Just take a look at the videos of Grizzly Bears attempting to open both Orca and Yeti Coolers. Spoiler alert: the bears fail miserably.

There are several similarities in how these coolers are user-friendly…and how they aren’t. First, here are the similarities:

Now for the differences:

The pros and cons of each brand of ice chest weigh each other out. Therefore, it makes the most sense to call it a tie.
Go Back to Overview

On average, Orca Coolers hold ice 2-3 days longer than Yeti Coolers. No matter which cooler you choose to buy, ice retention ultimately depends on many factors. (Such as pre-cooling, ice packs vs ice, ambient temperature, etc.)

Although the “20 Quart Orca vs Yeti Roadie Cooler Comparison Video” below is between different cooler sizes, it does a great job of showing how well Orca Coolers hold ice.

*A key point in this ice test challenge is that the Yeti Roadie had an advantage of being pre-cooled longer. But it still lost the ice chest challenge.

Yeti Coolers accessory collection is as wide and varied as Orca Cooler accessories:

Go Back to Overview

Although each of these high end cooler brands offer fantastic accessories, Orca blows Yeti out of the water with their molle wrap system.

Both of these high end rotomolded coolers are 100% dry ice compatible! In fact, they’re two of the best ice chests for using with dry ice.

Using dry ice will keep your contents frozen solid, which is great fishing and hunting weekends. For tips and more info about using dry ice in your cooler, check out “How Long Does Dry Ice Last in a Cooler?”

Where Are They Made?
75 Quart Orca vs Yeti Tundra 75 Cooler Comparison

Where are Yeti Coolers made? 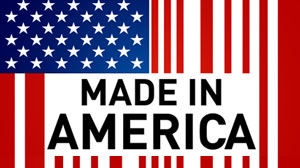 It’s a myth that Yeti Coolers are 100% American-made. Sure, their head quarters are in Texas. And Yeti manufactures some of their coolers in Wisconsin and Iowa. But they also have large factories in the Philippines where most of the manufacturing occurs.

Where are Orca Coolers made?

In contrast, Orca Ice Chests are made, produced, and manufactured in the good ol’ USA. (Orca Podsters and Orca Chasers are not.)

Each cooler costs about the same.

Usually, you can find an Orca 75 Quart Cooler for a little less than a Yeti Tundra 75 Cooler. However, the differences in price are small.

So, in the “75 Quart Orca vs Yeti Tundra 75 Review,” this is a tie. These are two of the best high end rotomolded coolers.

They’re both worth the investment!

In contrast, the Orca 75 Quart has 8 colors to choose from: Pink, Green, Navy, Black, Pink, Light Blue, Seafoam, and White.

In Orca’s collection of high end rotomolded coolers, there are 17 Collegiate Coolers. If you visit Orca’s website, you’ll find them.

Additionally, they offer their Rambler Tumbler Cups with a selection of 64 college’s symbols on the front side.

Unlike the Collegiate Coolers, you’ll need to buy these direction from Yeti’s website.

So, which cooler is right for you?

If you’re willing to make an investment, we believe the 75 qt Orca is the best cooler for the money.

It has the same great features as the Yeti Tundra 75, but also has better qualities:

That being said, we also think you’d be happy purchasing a Yeti Tundra. It isn’t as though you’d buy a Yeti Cooler and find yourself shaking your head thinking, “I sure am disappointed in my Yeti.”

We just think the Orca is better. Happy Trails!

>>Watch Grizzly Bear Fails against the Orca and Yeti!<<

Go Back To Durability